You are Here : Home News 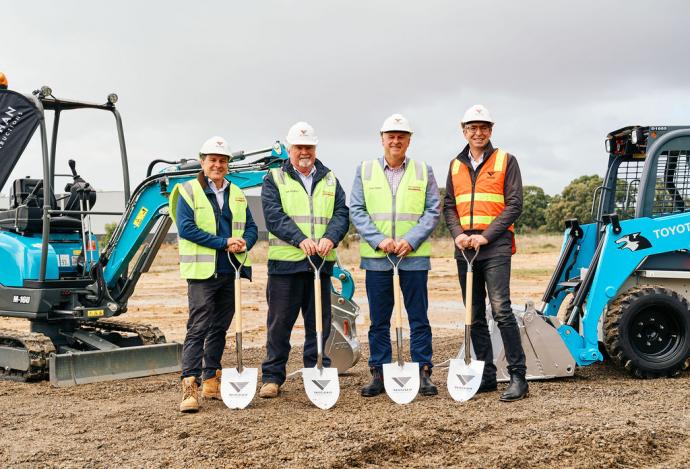 The contract for a new Toyota Material Handling Australia facility within Victoria’s south-eastern industrial heartland of Dandenong South has brought Vaughan Constructions’ number of projects underway across the nation to a staggering 22, worth more than $460 million.

Due for completion in February 2023,  the building will comprise warehousing, office and hardstand components specifically designed for the company’s material handling operations including the assembly, sales, hire and servicing of forklifts, scissor lifts, skid steer loaders, sweepers and scrubbers, pallet jacks, elevated work platforms, and automatic guided vehicles, and a demonstration area to showcase excavators.

Vaughan Director, Mark Byrne, said Vaughan Constructions was delighted to have been appointed on the project together with Bruce McDonald’s Keystone Property & Project Management group.

''Toyota Material Handling Australia has a peerless reputation for its pursuit of quality, perfection and reliability and we at Vaughan are delighted to again be associated with that brand,

''The features of this build really exemplify the workplace philosophy and culture of the Toyota company and its recognition that its staff is its most important asset.

''To that end the overall design has an undeniable emphasis on workplace amenity including a large office area of nearly 4,000 square metres, a high quality fitout and features such as expansive breakout areas and extensive landscaping including integrated courtyards,’’ Mr Byrne said.

To gain access to our web based Subcontractor Ordering System (SOS) tendering system, please use the login link below. If you don't have a login, you may download our Subcontractor Prequalification Form.